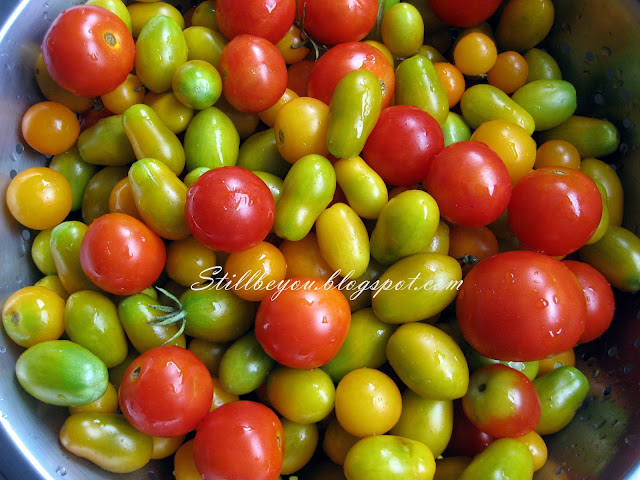 The Evolution of Our Tomato Garden

Tomatoes, tomatoes, everywhere!   Once you start growing tomatoes in your garden, they will appear everywhere.  They are one of the easiest vegetables (fruits) to grow.  The first year, we bought red cherry and plum tomato plants from a neighborhood garden store.  The “cherries” were small, but very sweet and tasty.  The “plums”, on the other hand were disappointingly sour and flat in flavor.  Since the “red cherry” was a definite winner, we saved its seeds.

The following year, instead of purchasing tomato plants from garden stores, we planted the seeds we saved.  To our surprise, not only did these seeds return a great yield, the size of these tomatoes also got bigger.  Here, you can see clusters of oversized cherry tomatoes.


The third year, we stumbled upon an assortment of exotic heirloom tomatoes at a farmers’ market.  And that was when the fun really began.  In the past when I think of tomatoes, I pictured the color red, but yellow, orange, and chocolate tomatoes?  WOW!  These little beauties were not only delightful to look at, but they were also impeccable in taste.  Besides savoring them, what do you think we did with these new found gems?  You guessed it!  We saved their seeds.  And the rest is history.

Throughout the harvesting months (July, August, September), especially towards the end of the growing season, lots of tomatoes would drop on the ground.  At first, I was a little disappointed that so many delicious tomatoes were wasted.  It wasn’t until the following spring, when the seeds of the dropped tomatoes magically reappeared as new tomato plants, that I realized this was Mother Nature’s way of “planting” the seeds.﻿﻿ ﻿﻿﻿ ﻿ ﻿ 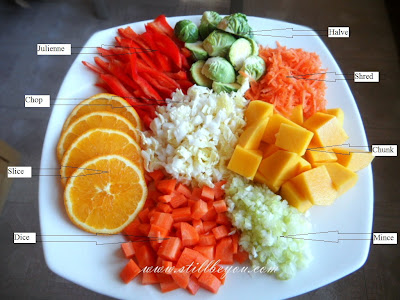 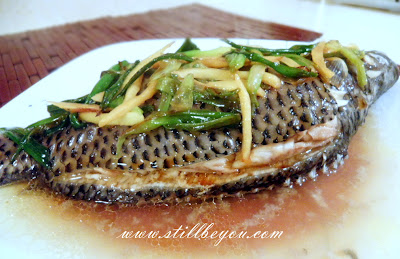 Steamed Tilapia with Ginger and Scallion 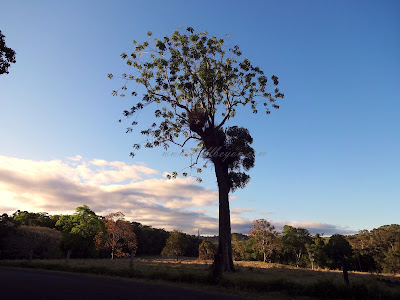 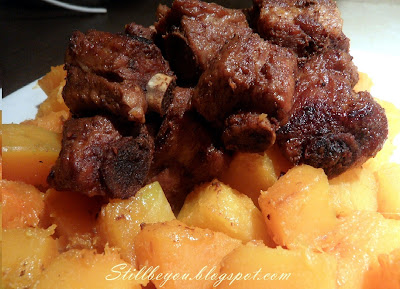 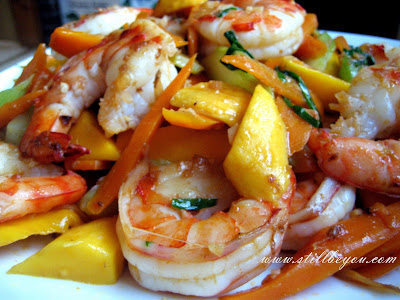 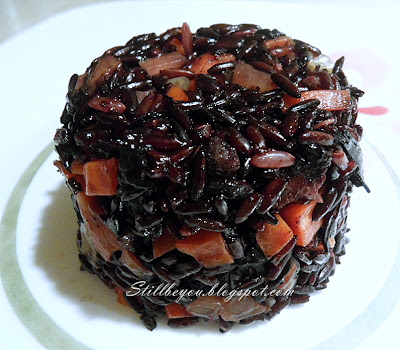